The field of biomedical visualisation and its use to communicate scientific research concepts is increasing with advances in visual and scientific technology. As a student in the sciences and arts this is an area of interest, observing the two worlds inter-connect, transcend boundaries and discover.

How did she do it? From collecting samples of hair, fingernails, chewing gum and cigarette butts (eww..) from the streets of New York she then used DNA extraction and the technique of Polymerase Chain Reaction (PCR). A small portion of the sample was incubated in a chemical solution, put in a centrifuge and repeated multiple times until the chemicals successfully extract purified DNA. With then the running of PCR the mitochondrial DNA was sent to a lab returning with around 400 base pair sequences of guanine, adenine, thymine and cytosine (G,A,T and C)

From this sequence Hagborg focused on 40-50 different traits that were analysed such as the person’s ancestry, gender, eye colour, propensity to be overweight and other traits related to facial morphology such as the space between one’s eyes. These parameters were then entered into a computer program using the Basel Morphable Model to create a 3D model of that person’s face and the file sent to a 3D printer to be transformed into sculpture.

Limitations exist including what is actually known about how genes are linked to particular facial features in addition to the role of Epigenetics and the environment of how facial features develop. For Instance the artist had no way to identify the age of a person based on the DNA sample, the process used created a 25-year-old version of the person.

As the samples are from anonymous individuals there is no way of knowing how accurate Hagborg’s sculptures are without a direct comparison. However the artist used the same process to produce a 3D model sculpture from a sample of her own genetic material, the result bearing a “family resemblance”. Also most of the people used to train the The Basel Morphable Model system were of European descent, which led to some problems in creating portraits for individuals who were not.

The technology has particular utility for forensic biology and crime solving within society with ethical implications of genetic surveillance. The artists comments  “The idea came from noticing that we are leaving genetic material everywhere. Combined with increasing accessibility to molecular biology, these techniques are available today. The question really is what are we going to do with it?”

On a finishing note the artist was recently contacted by Dalaware’s medical examiner’s office asking for assistance with the remains of a woman that have gone unidentified for 20 years. A 3D DNA facial portrait may be a useful clue for investigators in solving the mystery.

Artist- Heather Dewey-Hagborg and her self DNA 3D facial portrait.

Gambino. M, 2013. “Creepy or Cool? Portraits Derived From the DNA in Hair and Gum Found in Public Places” Smithsonian, accessed 5.5.2013 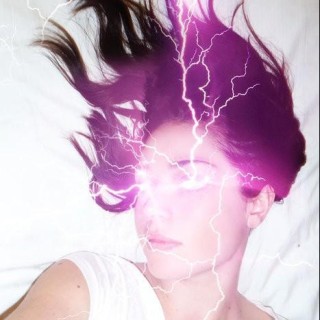